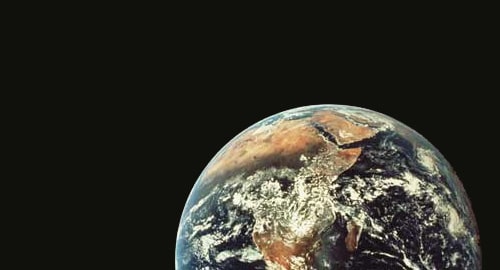 Globalization is happening at an awe-inspiring pace. This, of course, creates spectacular opportunity for the quick and the bold. At the same time, risks are plentiful and must be aggressively controlled.

Thomas L. Friedman, in his book The World is Flat, makes a cogent observation:

“If the prospect of all this flattening — and all of the pressures, dislocations and opportunities accompanying it — causes you unease about the future, you are neither alone nor wrong. … The faster and broader this transition to a new era, the more likely is the potential for disruption…”

The risks of globalization, in fact, are greater and more varied than the risks of domestic commerce. Managing them is the key.

A Different Environment for Risk: CEOs and CFOs who feel confident about their US risk, often feel a vague tension about the unknown risks related to worldwide operations. For good reason: the legal and cultural landscape can be completely “foreign” in more ways than one. Below are a few of the issues that need to be considered. Managing them includes awareness of and reduction of loss, the use and tailoring of insurance coverages, and control of liability via contract.

Political Risk: In the US, a stable government with known rules and regulations is presumed. This is not necessarily the case in all parts of the world. The possibility of nationalization of industries needs to be considered. Similarly, there are the risks of confiscation, expropriation, currency inconvertibility and contract repudiation. Currency devaluation and rampant inflation are possible scenarios, wreaking havoc on the adequacy of insurance limits, as one of many potential problems. There is also risk to company employees of personal harm or kidnapping, and risk to the firm of extortion attempts.

Property Loss: Areas of the world are subject to different levels of loss from natural disasters such as windstorm, hail, earthquake, flood, etc. There is neither necessarily the rating information nor the insurance availability that exists in the US, and insurance terms and conditions are different. Theft and vandalism exposures can be higher than what we are accustomed to as well. In cases of reliance on one or a few foreign suppliers or customers, there is a “contingent business interruption” exposure that should be considered and possibly insured. This refers to business loss a company would suffer as a result of an incident at their supplier’s or customer’s facility. Attention must be given to the question of what currency losses will be paid in, and insurance limits will need to be carefully monitored in a high inflation environment. Personal property being shipped to and from the US needs to be insured in transit, and control over the insurance should be maintained if possible. If the transit insurance will be handled by the foreign party, the sale should be on terms whereby risk of non-insurance or poor insurance falls to the party arranging the coverage, not to the innocent party.

Liability Loss: Automobile liability is controlled in most countries and insurance must be purchased from approved local insurers. The laws addressing general liability, including product liability, are not necessarily the same at home, some countries using the Napoleonic Code and related systems. China’s law is a hybrid, adopting some Code law and some Anglo-Saxon principles, and is evolving and developing as we speak. In some countries, China being one, the law cannot be totally relied on as it is subject to various interpretations depending on local politics. Additionally, in some countries civil law and criminal law overlap to an extent we are not used to. Business managers are jailed for unpaid business debts and for violations of employment laws, for example. None of this, of course, should be taken lightly. Experts are required to understand the exposures and to make sure coverage dovetails with the exposures and with the domestically purchased Umbrella insurance.

Employee Injury: Some US based workers compensation may be available for US employees “temporarily” outside of the country, but beyond that separate insurance must be obtained based on the laws of the specific country. In many countries, the insurance of employee injury is reserved to state institutions, and cannot be provided by private insurers. Diligence should be applied to satisfying these requirements. No assumptions should be made. For example the laws of China governing “Employment of Foreigners in China” call for regulation of foreign employees in China of any duration unless they are representatives of “permanent offices of foreign enterprises in China.” Further, you must be aware of how the law treats “independent contractors” or pseudo independent contractors. In other words, compliance with other countries’ workers compensation laws is a complicated process. Additionally, a master policy should be purchased in the US supplementing the foreign coverage with Foreign Voluntary Compensation, Endemic Disease and Repatriation Expense.

Admitted or Non-Admitted Insurance: Most countries require that at least some of the insurance purchased in that country be purchased from insurers licensed (or “admitted”) in that country. Sometimes the only admitted insurers are the insurers based in that country, quite often unknown or unrated entities. Many US firms purchase only insurance types and limits to meet minimum government requirements from these admitted insurers, while purchasing the rest of their program from US insurers. This may or may not be strictly legal from the point of view of the country where the exposures are located, and can pose the following tax issues: 1. the premium paid in the US may not be a deductible expense in the US, or in the foreign country either; 2. non-admitted premiums may be considered additional capitalization of a subsidiary and subject to local taxation; 3. payment of the loss by the non-admitted insurer could be considered subject to local income tax; 4. replacement equipment shipped into the foreign jurisdiction could be subject to import taxes. Non-tax issues include: 1. penalties may be levied for the purchase of illegal non-admitted insurance; 2. defense by a non-admitted insurer of a liability claim may not be allowed – this would have to be known in advance so policies can to be amended to provide for reimbursement rather than direct defense. Clearly, structure of the international program has to match actual country conditions and requirements.

Contract Language: Flows of liabilities, and in fact the business deal itself, are controlled by the contract between the parties. Care should be taken in understanding contract law of the countries where one will be conducting business. In Code countries, “act of God” will excuse contract performance; this is somewhat analogous to our concept of “force Majeure,” but the former is outside the actual language of the contract and is therefore out of the control of the parties to negotiate. Specific contract issues apply to individual countries. In China, for example, contract law is unreliable and one may want to make contracts in China subject to Hong Kong law, with Hong Kong as the venue for dispute resolution. Also, arbitration may be a more reliable solution for disputes, rather than litigation.