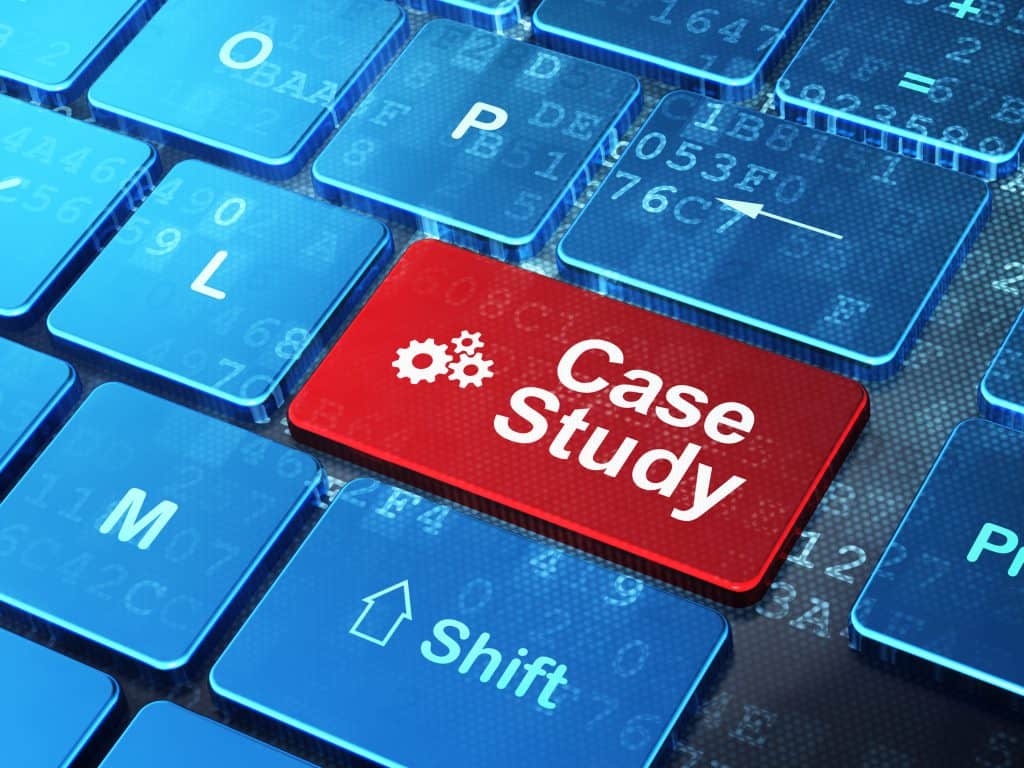 We view our clients in the light of what we and they together have been able to accomplish.

Clients of all sizes and industries, private companies and public entities, have enriched and protected themselves and their stakeholders through risk management. With our guidance and execution:

CONSULTING
Our Client (a consultant to state agencies countrywide) came to us and said they wanted help “negotiating” with the incumbent broker on the renewal of an insurance program for 1-1-15. The client’s thinking was that the broker was going to the marketplace and obtaining the best deal for the policyholder. The client thought we could refine the process a bit, and then if we could “negotiate’ the premium down by 5 or 10%, that would be a success.

We said: there can’t be a negotiation; rather there has to be a competition – a real competition where the broker was fighting for retention of the business.  Our client agreed.

We managed a competitive bid process utilizing all the tools at our disposal, including an actuary – prepared loss projection.  The projection, which was included in the specifications distributed to the bidders, showed probable future losses at a level far below the current premium, signaling to the bidders (including the incumbent broker) that we were aware of the excessiveness of the premium.

The competition produced the result we predicted, which was a drastic reduction of the premium, which had been over $17million, by 42%.  The premium is still too high, and by managing claims going forward we will improve the loss history, and spread it over more years, allowing us to reduce the premium further on the next renewal.

The incumbent broker had tried to stonewall and sabotage by withholding information.  Our client would have been at a loss without our managing of the broker which is usually the biggest part of the job.

CONSTRUCTION
A general contractor solved an insurance availability crisis which would have otherwise put it out of business. A series of claims arising from the acts of subcontractors had impacted the GC’s own liability insurance program. A large crane accident was the last straw causing the incumbent insurer to pull the plug. Other insurers refused to step in at any price. The solution was a new policy calling for indemnification from all subs and a religious adherence to the new contract form embodying that policy. We took the newly improved risk to the marketplace and negotiated a creative form of “loss-sensitive” coverage under which the new insurer could be comfortable that our client was sharing in the loss costs, thus dedicated to the new program. Coverage was put in place and the contractor moved ahead on solid footing. See more »

DISTRIBUTION
A large national food service distributor engaged us for a review of their insurance program.  They had been with the current insurance broker since the founding of the company, and had never had a risk manager, either employed or on a consulting basis, hence had not had an independent evaluation.  We reviewed all the company’s insurance in intimate detail and produced a written report, followed by a report meeting at the CFO’s office.  The number of coverage gaps, and the severity potential they represented, were shocking to the CFO, although they are extremely common in the reviews we’ve conducted in the 17 years of our company’s existence.

The issues ranged from lack of international liability coverage although the company was located and sourcing product from overseas, to the fact that the crime policy covering computer fraud had a US only territory – the territory referencing the parts of the world where the crime originated from.  Incidentally this same policy did not contain coverage for wire transfers of funds even though the company constantly did incoming and outgoing wires both domestic and international.  The list of gaps to the various parts of the program went on and on.  Thankfully, after the report the company was able to plug all the gaps before a disaster happened.

FINANCIAL
The insurance industry doesn’t react well to unknown exposures.  The common reaction to new industries, until they’ve been around long enough to supply data, is “declination.”  Our client is in the brave new world of “Fin-tech” – that is the merging of technology and financial services.  Using methods similar to those used by Bit-coin, where assets are bought and sold at a rapid pace with multiple parties having access to the software and programs, these new companies create possible exposures that could dwarf those of traditional banks.  Underwriters do not want to spend the time and effort learning a new business, and the tendency is to either say no immediately, or put it on the bottom of the pile and hope the applicant goes away.

What did we do in this scenario?  Having been burned by an uncovered claim in the past, the client hired us to revamp and replace their insurance program..  We always need to understand the client’s loss exposures, but in these new world cases we also have to educate the underwriter about those exposures.  Underwriters can’t work in the dark – only knowledge allows them to underwrite an account.  We supplied the knowledge, alleviated the fear, and got the account placed the way it needed to be.

GENERAL
A pharmaceutical firm was able to build a $180 million R&D facility on land which was formerly a landfill. The risk of discovery of additional pollutants was transferred to an insurer under a program we designed and negotiated for them.

A start-up company with limited funds got their risk management strategy off the ground and solved a nagging problem without paying a consulting fee which would have broken the bank. They were concerned about liability to their customers due to possible defects in their software product, and were also concerned about a potential law suit from a minority stockholder over alleged mismanagement of the company. We jointly developed a risk management strategy to deal with these issues for a flat fee of only $3500 under our Small Company/Start-up Program.

A transportation company that provides livery services including drivers, limos, sedans, vans and buses was suffering losses due to accidents and third party liability. A safe driver selection and training program has been developed and implemented, drastically reducing loss, improving driver statistics and as a result reducing premiums. This system tracks accidents and pinpoints causes and solutions. The new programs have dramatically improved the overall image, performance, service and success of the drivers and the company as a whole.

INTERNET-BASED
An online dating service was using a standard policy provided by their insurance broker. The policy was created for a traditional offline business. It did not take into consideration the IT, data and personal injury & liability risks that they were exposed to. Now they have a custom policy designed for their unique online business providing complete protection. What if critical data or intellectual property had been stolen, damaged or compromised by an employee or a stolen laptop? What if a client was hurt while using their service?

MANUFACTURING
A constant turnover in the CFO position leads to complacency – no one is in position long enough to manage the risk and insurance, and the broker is doing a pretty good job anyway, right? The newest CFO was more diligent, reasoned he didn’t have time to oversee the program and that he needed help. We were referred by the company’s CPA firm, were engaged, and orchestrated a multi-broker competitive bid.

Since we put brokers in competition with each other (the way true competition is generated), we had the leverage necessary to extract from the process the savings and the terms the client needed.  Policy coverage was negotiated in detail (down to the paragraph level) and cost was reduced DRAMATICALLY.  Premium which had been in the multi-million dollar range was reduced by 38%.  The RFP and Bid Process produced results, as it always has in our firm’s experience.

PUBLIC ENTITIES
A Massachusetts state agency redesigned their workers compensation self-insurance program to provide for reporting and accountability that had previously resided only in the private sector. Before our engagement their “pay as you go” system did not have the measurement tools to tell them where they were, much less the controls to achieve a change in direction. Our recommendations had the potential to result in savings in excess of $2 million per year.

REAL ESTATE
A company with real estate assets whose property portfolio was under-valued and under-insured and premiums were too high had their total property values determined and increased by 27%. In the event of a flood, terrorist attack or other natural disaster, this company could have suffered a complete loss with an asset being totally wiped out. With our help, the company now has increased coverage and protection, and reduced premiums with financial statements risk adjusted and proper value secured.

A real estate company’s contracts with sub-contractors had not been properly reviewed. A high exposure to loss was not taken into consideration. A crucial subcontractor non-compliance exclusion was removed and the premium was reduced by $120,000.00, a 27% reduction. What if the exclusion had not been eliminated and the subcontractor had caused a multi-million dollar claim?

We supply data for strategic decision making.
In 2016 we worked for a REIT based in the northeast with properties spread over 7 states, with total values over $4 billion. Our concern was the flood exposure and the adequacy of a $50 million flood limit. Our historical analysis, evaluation of flood zoning and geographic spread of risk, and our knowledge of changing weather patterns allowed us to create an analysis clearly showing that limits needed to increase. Flood risk is the property risk of most concern today. We were happy to bring the client to a new level of awareness. See more »

SOFTWARE
Creating energy industry software is a complicated business. The uniqueness of the structure and business model was never communicated to the underwriter and the broker never researched more appropriate programs. Their premium was reduced by $102,000.00, a 75% reduction. More importantly, three extremely harmful exclusions concerning computer virus were deleted. What if they hadn’t managed their risk and were attacked by a virus that caused their software to act erratically in a crucial application?